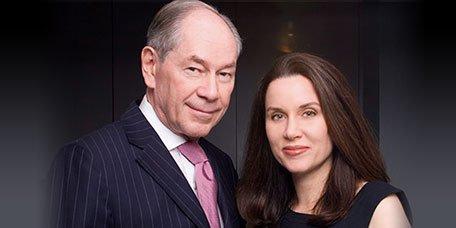 How does BOTOX work?

Botox, along with Dysport and Xeomin, are medically known as “neuromodulators”. Neuromodulators are substances injected to reduce the appearance of facial wrinkles and folds such as frown lines and crow’s feet. Unlike dermal fillers, they do not plump up the skin creases. Instead, neuromodulators are made of a purified protein complex derived from a bacterium called Clostridium botulinum, that when injected into the muscle, temporarily improves the appearance of crow’s feet and frown lines by quieting movement.

What is the difference between Botox, Dysport and Xeomin?

Botox, Dysport and Xeomin are injectable neuromodulators used to reduce the look of wrinkles. These injectables work by altering nerve impulses in the muscles. Each of these treatments can be used for treating crow’s feet, lifting the eyebrow and reducing squint lines. Botox, Dysport and Xeomin are all purified proteins derived from the bacterium Clostridium botulinum. Each of these treatments is FDA approved to be safe and effective for skin rejuvenation procedures.

How long do the benefits of Botox, Dysport and Xeomin last?

The results of Botox, Dysport and Xeomin gradually appear over 48 to 72 hours after treatment. Usually the most pronounced effect can be seen at one week. The results last, on average, three to four months. As facial lines begin to return to their pre-treatment appearance, you can have any of these substances re-administered.

What does the process of getting Botox, Dysport or Xeomin entail?

This is a very simple office procedure. The needles used to inject these substances are micro-fine. Most say the procedure feels like a tolerable pinch. However, if you are especially sensitive or afraid of needles, you can have a topical numbing cream applied prior to treatment.  Also, we chill your skin prior to the injections, which in our experience, increases your comfort level.

How can I be sure I won’t look unnatural?

Botox, and other neuromodulators, are technique-sensitive treatments. When you see individuals with shiny foreheads, arched eyebrows, or frozen faces, it is because the amount and placement of these substances were not ideally planned. An injector needs to possess an artistic eye, as well as, have medical expertise to deliver consistently beautiful results. For that reason, for optimal results, always select an experienced medical professional such as Dr. Pastorek and Janice Pastorek; both have extensive experience in delivering treatments and in teaching how to administer Botox, Dysport and Xeomin.

Words from our patients